Blurb: The disillusioned Marine’s plan seems simple enough: steal a refrigerated tractor trailer loaded with frozen blood product; drive the pirated cargo from Reno, Nevada to the Port of Long Beach; collect a million dollars. Yet even the most deliberate plans can go sideways. On his campaign south, the Marine’s “inner idiot” takes charge, leaving a smattering of dead bodies in his wake.

In the dark before dawn, a telephone rings. Kern County Sheriff’s detective Lucas “Lucky” Dey, no stranger to being awakened with bad news, answers the call. But this time, the voice on the phone tells Lucky that his ill-fated younger brother has been gunned down on a blackened desolate highway.

As Lucky chases the former Marine and his black semi-rig into the bowels of Los Angeles, he’s thrust into a landscape of competing agendas. Conrad Ellis, the multi-millionaire entertainment mogul, demands justice for the murder of his starlet daughter. Ambitious federal attorney Lilly Zoller is determined to turn any opportunity into her personal spotlight. Rey Palomino, the morally challenged contractor, colludes with the former Marine hoping to crawl out from under a crushing debt. LAPD detective and dedicated single mom Lydia “Gonzo” Gonzales, reluctantly accepts her assignment to “babysit” the unrestrained Kern County detective hell-bent on avenging his brother’s death at any cost.

A knee-breaking private detective, some unwitting feds, and a coterie of gang-busting L.A. Sheriff’s deputies further complicate the scenario and round out the cast of characters in this explosive and unpredictable thrill ride.

Review: This is a book that starts out with a bang and never lets up until you’ve hit the final page. When I was originally pitched this book and first found out that Mr. Richardson had actually written some pretty famous movies, I was immediately intrigued and wanted to read his book. I’m very happy that I got this opportunity.

Overall the book is quite good. As I stated above, this is a fast-paced, roller-coaster ride of a read. The pages kept flying as I was anxious to get see how things ended up.

As most of my faithful readers know, I am huge on character development. Personally, I felt that Mr. Richardson did a great job in creating the characters, but I felt a little disconnected with them. I guess you could really say that I never really “liked” any of the characters. However, for some reason, it works for this book. I can’t really explain it, but it just felt right for the situation.

I felt as if the writing was very good, it never lagged, but most importantly it felt real. Nothing was forced, everything felt like you were right in the conversation with the characters.

I would definitely recommend this book. I have to say that there is quite a bit of violence in this book, but overall I thoroughly enjoyed it. 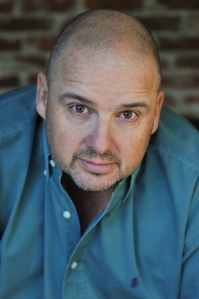