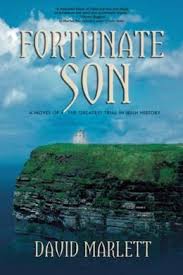 Blurb: Meet James Annesley, son of 18th Century Ireland. Though you may have never heard his name before, his story has already touched you in profound ways. Now, for the first time, novelist David Marlett brings that incredible story to life.

Stretching from the dirty streets of Ireland to the endless possibilities of Colonial America, from drama on the high seas with the Royal Navy to a life-and-death race across England and up the Scottish Highlands, from the prospect of a hangman’s noose to a fate decided in the halls of justice, Fortunate Son is a powerful, relentless epic. Here nobility, duels, love, courage, revenge, honor, and treachery among family, friends and ancient enemies abound. And at its center is the most momentous trial in Irish history – the trial of Annesley v. Anglesea from which our modern “attorney/client privilege” was forged, and our concept of a “jury of one’s peers” was put to the test.

Carefully researched, vividly evoked, and lovingly brought to the page, Fortunate Son is an unforgettable work of fiction based on fact, one that will resonate deep within you long after you finish it.

Review: I received a copy of this book for free from The Story Plant for review purposes in conjunction with a blog tour, all opinions expressed below are my own.

When I was pitched this book, I was immediately drawn to the words “historical,” “courtroom drama” and “epic adventure.” They had me at hello!

I will say that in the beginning I found this book difficult to read. It’s very true-to-form in regards to the language used. I’m not used to reading books that have 18th century language. But once I got used to that it was a lot of fun. Jemmy, what a character. He went through so much, honestly, that it really hurt me at times to read what was happening.

I cannot imagine the amount of research that Mr. Marlett put into this book. It’s billed as being “carefully researched,” but that simply does not do it justice. As a reader I could tell that Mr. Marlett knew his subject inside and out and I truly believe that this is what made this book so very readable.

It might be a “courtroom historical adventure” but this book is all of that and so much more. The blood, sweat and tears, of the characters and the author are ever-present in this book. I really recommend this book to adventure fans, historical fans, and legal fans. It’s a great book and I thoroughly enjoyed it! 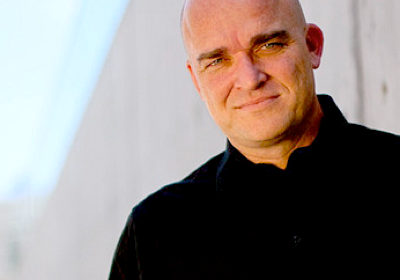 David Marlett is an attorney, artist, and self-trained historian who grew up in a storytelling Texas family. He attended Texas Tech University where he earned multiple degrees in finance, economics and accounting. Subsequently, he earned his law degree from the University of Texas School of Law. David has created and written stories and screenplays since childhood, and is particularly interested in richly textured history and the drama behind major courtroom battles. He is a serial entrepreneur focused primarily on the arts. (He once owned eight bookstores across the United States.) David currently speaks and lectures at conferences and universities on trans- media, storytelling, entrepreneurship in the arts, and crowdfunding. He has been a featured contributor to Movie Maker magazine, Digital Book World, and many other publications. He has developed and sold a number of film scripts and has directed/ acted in many regional theatrical performances. David is also a photoartist whose work has appeared in several galleries across the United States. He lives outside Dallas, Texas, and has four children. His second novel, American Red, another historical courtroom drama, is due to be published in late 2014.