Happy Memorial Day for those of you in the United States! I hope you have a good holiday. Today we are going to St. Louis for the Cardinals vs. Yankees game.

Anyway, this past week I got three books in the mail. One for review, the other two I found on the Bargain Section at booksamillion.com (2 books for $5.95, with free shipping since I’m a member, sure!) 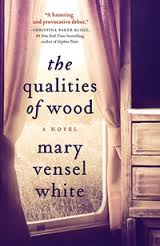 When Better Gardiner dies, leaving behind an unkempt country home, her grandson and his young wife take a break from city life to prepare the house for sale. Nowell Gardiner leaves first to begin work on his second mystery novel. By the time his wife Vivian joins him, a real mystery has begun: a local girl has been found dead in the woods behind the house. Even after the death is ruled an accident, Vivian can’t forget the girl, can’t ignore the strange behavior of her neighbors, or her husband. As Vivian attempts to put the house in order, all around her things begin to fall apart.

The Qualities of Wood is a novel about secrets. Family secrets. Community secrets. And secrets between lovers, past and present. And all of these secrets have their price.

And the two from Books-a-Million: 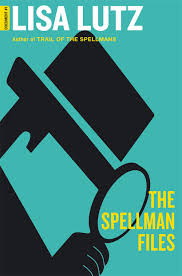 Meet Isabel “Izzy” Spellman, PI. This 28-year-old may have a checkered past littered with romantic mistakes, excessive drinking, and creative vandalism; she may be addicted to Get Smart reruns and prefer entering homes through windows rather than doors – but the upshot is she’s good at her job as a licensed PI with her family’s firm, Spellman Investigations. In fact, it comes all too naturally. To be a Spellman is to snoop on a Spellman; tail a Spellman; dig up dirt on, blackmail, and wiretap a Spellman. And when Izzy’s parents hire her little sister, Rae, to follow her, Izzy snaps and decides that the only way she will ever be normal is if she gets out of the family business. But there’s a hitch: she must take one last job before they’ll let her go. She accepts, only to be dealt a mystery far closer to home.

Enter a world upended by the repercussions of a single impulsive action.

At an exclusive New England boarding school, a sex scandal unleashes a storm of shame and recrimination. The men, women, and teenagers affected – among them the headmaster, struggling to contain the scandal before it destroys the school; a well-liked scholarship student and star basketball player, grappling with the consequences of his mistakes; his mother confronting her own forbidden temptations; and a troubled teenage girl eager to put the past behind her – speak out to relate the events of one fateful nigh and its aftermath.

Writing with a pace and intensity surpassing even her greatest work, Anita Shreve explores the impulses that drive ordinary people into intolerable dilemmas. 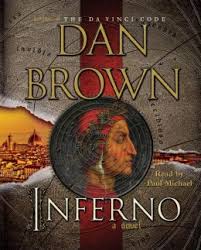 Harvard professor of symbology Robert Langdon awakens in an Italian hospital, disoriented and with no recollection of the past thirty-six hours, including the origin of the macabre object hidden in his belongings. With a relentless female assassin trailing them through Florence, he and his resourceful doctor, Sienna Brooks, are forced to flee. Embarking on a harrowing journey, they must unravel a series of codes, which are the work of a brilliant scientist whose obsession with the end of the world is matched only by his passion for one of the most influential masterpieces ever written, Dante Alighieri’s The Inferno.

Dan Brown has raised the bar yet again, combining classical Italian art, history, and literature with cutting-edge science in this captivating thriller.