A slimmer mailbox this week (not like that’s a bad thing at this point!)

For review in September: 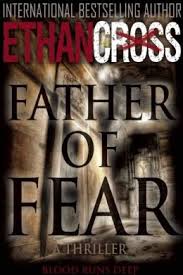 So begins a journey that will force Special Agent Marcus Williams of the Shepherd Organization to question all that he believes, unearth his family’s dark legacy, and sacrifice everything to save those he loves. In order to stop the serial murderer whom the media has dubbed the Coercion Killer, Marcus must enlist the help of one of the world’s most infamous and wanted men… The serial killer Francis Ackerman Jr.

And also for review, I requested this one from NetGalley: 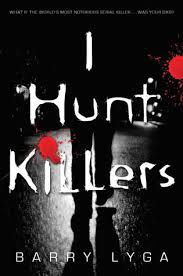 What if the world’s worst serial killer…was your dad?
Jasper (Jazz) Dent is a likable teenager. A charmer, one might say.
But he’s also the son of the world’s most infamous serial killer, and for Dear Old Dad, Take Your Son to Work Day was year-round. Jazz has witnessed crime scenes the way cops wish they could–from the criminal’s point of view.
And now bodies are piling up in Lobo’s Nod.
In an effort to clear his name, Jazz joins the police in a hunt for a new serial killer. But Jazz has a secret–could he be more like his father than anyone knows?

And then another review book that came as a surprise (I had requested this a long time ago and just assumed I didn’t snag a copy):

In John Verdon’s most sensationally twisty novel yet, ingenious puzzle solver Dave Gurney brings his analytical brilliance to a shocking murder that couldn’t have been committed the way the police say it was.

The daunting task that confronts Gurney, once the NYPD’s top homicide cop: determining the guilt or innocence of a woman already convicted of shooting her charismatic politician husband – who was felled by a rifle bullet to the brain while delivering the eulogy at his own mother’s funeral.

Peeling back the layers, Gurney quickly finds himself waging a dangerous battle of wits with a thoroughly corrupt investigator, a disturbingly cordial mob boss, a gorgeous young temptress, and a bizarre assassin whose child-like appearance has earned him the nickname Peter Pan.

Startling twists and turns occur in rapid-fire sequence, and soon Gurney is locked inside one of the darkest cases of his career – one in which multiple murders are merely the deceptive surface under which rests a scaffolding of pure evil. Beneath the tangle of poisonous lies, Gurney discovers that the truth is more shocking that anyone had imagined.

And the identity of the villain at the mystery’s center turns out to be the biggest shock of all.