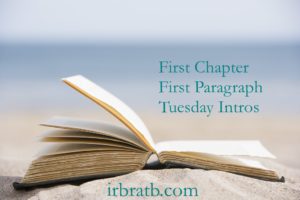 This week I’m sharing the first paragraph of my current read: 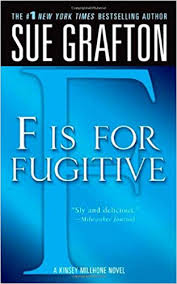 The Ocean Street Motel in Floral Beach, California, is located, oddly enough, on Ocean Street, a stone’s throw from the sea wall that slants ten feet down toward the Pacific. The beach is a wide band of beige trampled with footprints that are smoothed away by the high tide every day. Public access is afforded by a set of concrete stairs with a metal rail. A wooden fishing pier, built out into the water, is anchored at the near end by the office of the Port Harbor Authority, which is painted a virulent blue.

Seventeen years ago, Jean Timberlake’s body had been found at the foot of the sea wall, but the spot wasn’t visible from where I stood. At the time, Bailey Fowler, an ex-boyfriend of hers, pleaded guilty to voluntary manslaughter. Now he’d changed his tune. Every violent death represents the climax of one story and an introduction to its sequel. My job was to figure out how to write the proper ending to the tale, not easy after so much time had elapsed.

I’m looking forward to jumping back in with Kinsey Millhone. And now I want to know what happened to Jean Timberlake 🙂