So here’s a new-to-me meme. Diane over at Bibliophile by the Sea hosts it I’ve seen this one before but for whatever reason never joined up. But this week I’m reading a book that really sucked me in on the first page. 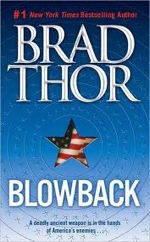 Donald Ellyson tried to scream, but nothing happened. He had done a lot of reprehensible things in his fifty-five years, but this was not how he had expected to die – his throat sliced and hot blood running down the front of his parka. This was supposed to be the discovery of his life, the one that would legitimize him and land him at the top of the academic heap. But the moment of his greatest triumph had suddenly become the last moment he would ever know. And for what? Did his benefactors actually think he was going to stiff them?