The Sons of Jude
by Brandt Dodson

Blurb: When Chicago detectives Frank Campello and Andy Polanski are assigned to investigate the murder of Trina Martinez it seems like an ordinary homicide. An unfortunate young girl in the wrong place at the wrong time has been brutally murdered. But their investigation is halted by a wall of silence, a wall formed by powerful interests that will render their inquiry a lost cause.

Then they enlist the support of reporter Christy Lee – and come under immediate fire. Polanski is arrested. Campello threatened. Christy is attacked.

It’s the case that every cop gets. The one that changes his life. The one where justice is elusive and the hunter becomes the hunted. 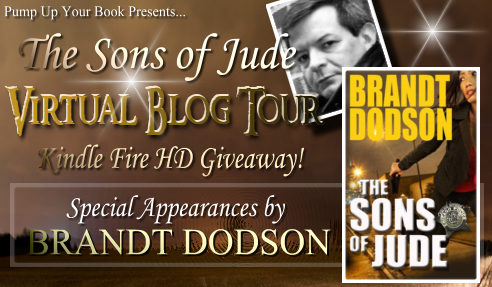 Review: I took this book on vacation with me and I have to admit I was a little bummed that I chose my vacation as the time to read it – it was that good! I hated to put the book down once I started it.

This book starts off with a bang and never stops until the last page. As a reader I really felt for Frank’s character when we find out that he had just lost his partner and is almost immediately partnered up with another detective – and a “traitor” at that. But I think what I liked the most about the whole situation is that Frank really took the high road and worked things out with Andy. It was definitely a tough position for a cop to be put in, but it made me feel that Frank’s character really was a top-notch police officer. The job is obviously everything to him and it makes him come across as a highly likeable character. On the other side of it, Andy’s character is fleshed out nicely when Frank begins to open up. The reader learns that things aren’t necessarily as they seemed with Andy – and I liked that. So yeah, I really enjoyed the characters in this book as you can see.

I couldn’t help but chuckle at the way that Chicago politics are depicted in this book. Good old Chicago politicians 😉 I was quite intrigued by what was going on with the politician and the predicament that he found himself in … going along with certain things in order to make his political career stronger. I thought it made for a good secondary storyline and definitely set things up in for the next book.

I always enjoy finding a new series (yeah, like I need any more of those!) and this one was definitely a good start to what I hope is a very successful series. I personally found the characters to be very well-developed. I look forward to seeing what happens with Christy and Frank as well as Frank and Andy. I think that Mr. Dodson has done a fantastic job setting up the characters for some very interesting storylines in future books.

Overall I thoroughly enjoyed this book. I felt that the writing was great, the storyline was interesting and the characters were enjoyable. I would honestly recommend this book to anyone who enjoys a good crime thriller. 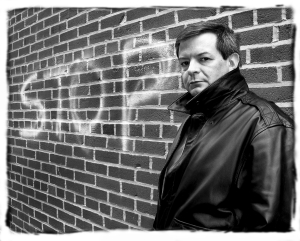 Brandt Dodson was born and raised in Indianapolis, Indiana, which he would later choose as the setting for his Colton Parker Mystery series. Although he discovered in grade school that he wanted to be a writer, it would be another twenty-one years before he would put pen to paper.“I knew in fifth grade that I wanted to be a writer. Our teacher had given each of us a photograph which we were to use as inspiration for a short story. The particular photo I was given was of several young men playing handball in New York City. I don’t remember all of the particulars of the story now, but I do remember the thrill that writing it gave me.”

Later, while in college, one of Brandt’s professors would echo that teacher’s comment.

“But life intervened and I found myself working at a variety of jobs. I worked in the toy department of a local department store and fried chicken for a local fast food outlet. Over the course of the next several years I finished my college degree and worked for the Indianapolis office of the FBI, and served for eight years as a Naval Officer in the United States Naval Reserve. I also obtained my doctorate in Podiatric Medicine, and after completion of my surgical residency, opened my own practice. But I never forgot my first love. I wanted to write.”

During his early years in practice, Brandt began reading the work of Dean Koontz.

“I discovered Dean’s book, The Bad Place, and was completely blown away by his craftsmanship. I read something like 13 or 14 of his back list over the following two weeks. It wasn’t long after that I began to write and submit in earnest.”

Still, it would be another twelve years before Brandt was able to secure the publishing contract he so desperately desired.

“I began by writing the type of fiction that I enjoyed; I wrote edgy crime thrillers that were laced with liberal amounts of suspense. Over the years, I’ve begun to write increasingly more complex work by using broader canvases and themes.

Since securing his first contract, Brandt has continued to pen the type of stories that inspired him to write when he was a boy, and that have entertained his legions of readers.

“I love to write, and as long as others love to read, I plan on being around for a long time to come.”

Brandt Dodson’s latest book is the crime thriller The Sons of Jude.

This tour also has a Kindle Fire HD Giveaway – if you are interested, please go HERE for the sign-up.

**This review is posted in conjunction with the Pump Up Your Book! blog tour. I received a copy of this book to review in exchange for my honest opinion. I
received no monetary compensation.