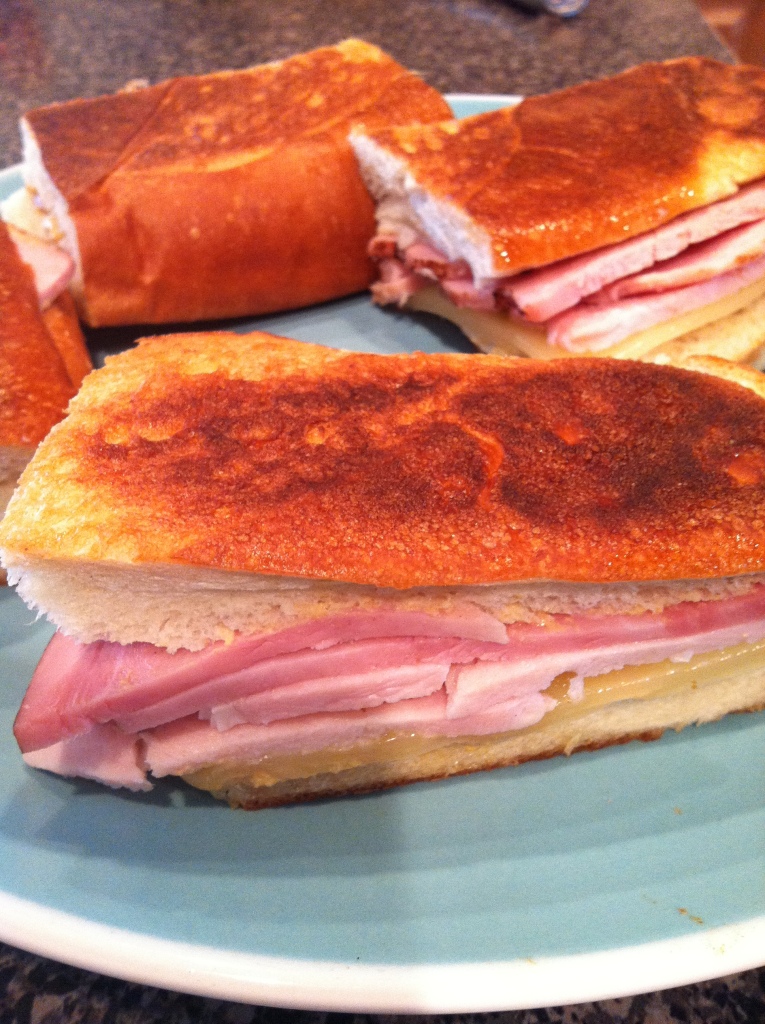 Personal Review: A while ago I went to the library in search of cookbooks. I came home with 5, three of which were Weight Watchers books. I’ve been on a quest to make “healthier” options, but I don’t want to have to give up too much in this quest. In other words, I want to be 18 again and be able to eat what I want when I wanted to. Alas, I am no longer at that point in my life, and while I do go to the gym on a regular basis, I need to start watching what I eat a little closer. Thus the Weight Watchers cookbooks. I actually did weight watchers my sophomore year in college (yeah, the “Freshman 15” was closer to the “Freshman 30” for me) and had incredible results. So I figured if I went back to the recipes, I should be in a little better shape.

This recipe immediately caught my eye. We actually go to a restaurant in Florida, Columbia’s, that is known for their awesome salad. But they also have an amazing cuban sandwich. Knowing that my husband loves that sandwich, I figured it would be a good recipe to try.

First, I used a griddle just to make it easier to place a heavy skillet on top of the sandwiches to flatten. I also used dijon mustard (why? well because I had bought it for a different recipe and then used it in this recipe unintentionally, but it didn’t hurt anything). And I didn’t use “deli” cheese or meats … I bought thicker cut ham and turkey lunch meat. And since I am not very fond of pickles in general, I had Nathan add his to the sandwich at the table.

Overall, I really enjoyed this recipe. It’s simple and quick. I probably should have cooked them a little bit longer just because I didn’t get them completely heated through. But it’s definitely a keeper recipe that passed the test in our household.