On November 25th, we said goodbye to our house in Paducah.

It was a very bittersweet day for us … well, at least it was for me. That was our first house. We put a lot of our heart and soul into it to make it our own (not to mention too much of our hard-earned money…). It had been our home for nearly 6 years. It was the only house Garrett has ever known. We had just refinanced last year and was excited to be able to go to a 15-year mortgage. We had no plans to move anytime soon. But oh how those plans can change in an instant.

My husband accepted a new job in late September. His start date was officially November 3rd. We knew it would be nearly impossible to list and sell a house, buy a house and move within a short time period. Boy were we wrong! Within two weeks of listing our house we had an accepted contract. Four short weeks after that we were at the closing. Yes, you read that right. We sold our house in 6 very short weeks. Unheard of, right?! Our realtor sure thought so!

But not everything can be entirely perfect. Our Paducah closing was November 25th. Our last night in the house was actually November 19th. That left two days for the movers to do their thing and then 3 more full days for the clean-up. I didn’t think everything was ever going to get cleaned out of that house, but somehow we made it.

So what wasn’t perfect, you might ask? Oh, you know … the slight fact that our new house closing wasn’t until December 5th. Folks that is 16 days from the date we moved out until the closing. And we knew we weren’t going to actually move into the house for a few more days after that (actually, as of this writing, we still are not officially moved in … that doesn’t happen until Dec. 10th.). For those who don’t want to do the math … that is 21 days total. Do you know how long 21 days really feels like when you have almost everything you own in storage and are staying with your parents for the first time (for more than a weekend) in nearly 10 years?? It feels like 21 YEARS! I mean, I love my parents. We have a great relationship with them. And while I knew this was going to be a rough transition, I was not at all prepared for how hard it was really going to be. Whew, I am so thankful that it is almost over.

And that on December 10th, I will be able to sleep in our new house for the first time: 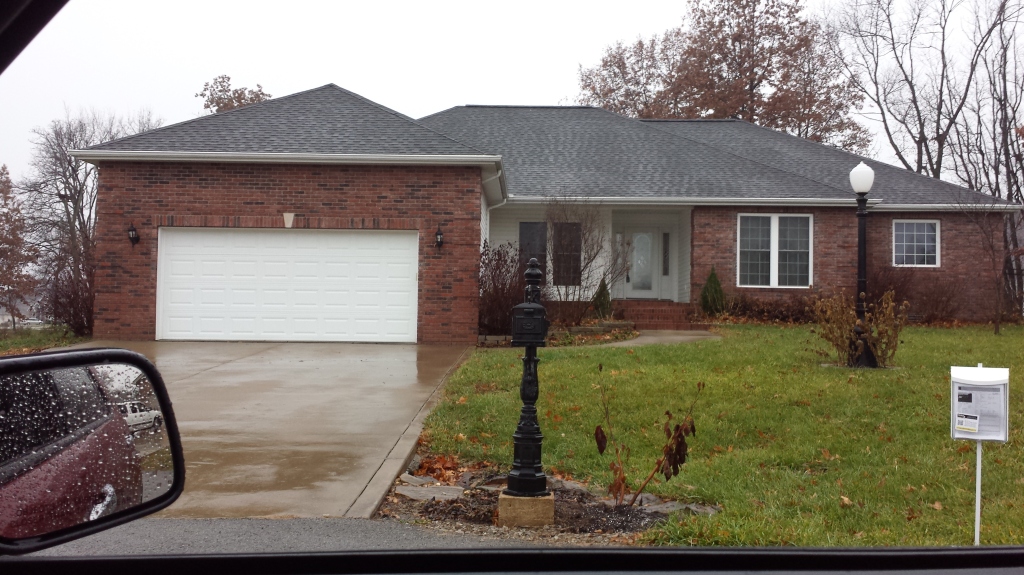