This one came from my grandmother with her description of it as being “really good.” Harlan Coben has never let me down, so I’m sure it is really good!

Suburban New Jersey Detective Napoleon “Nap” Dumas hasn’t been the same since his senior year of high school, when his twin brother, Leo, and Leo’s girlfriend, Diana, were found dead on the railroad tracks – and Maura, the girl Nap considered the love of his life, broke up with him and disappeared without explanation. For fifteen years, Nap has been searching, both for Maura and for the real reason behind his brother’s death. And now, it looks as though he may finally find what he’s been looking for.

When Maura’s fingerprints turn up in the rental car of a suspected murderer, Nap embarks on a quest for answers that only leads to more questions – about the woman he loved, about the childhood friends he thought he knew, about the abandoned military base near where he grew up, and mostly about Leo and Diana – whose deaths are darker and far more sinister than Nap ever dared imagine.

So my local used book store is unfortunately closing down 😥 They had tried to sell it and had a buyer, but something happened and the sale fell through. You have NO IDEA how much I wanted to buy this bookstore. I would be in absolute heaven. So anyway, I stopped in there last Friday after work. The picture below is 26 books that I picked up in a big bag of thrillers. Kind of a blind date type of thing, it was all sealed up and sold for $10. I figured why not…. I did pretty good. I’ve read one of those already and three others I already own, but I figured 22 books for not knowing what I was getting was pretty good. Besides … some of these look really interesting – lots of new-to-me authors!

And this stack are the books that I picked out myself off the shelves. 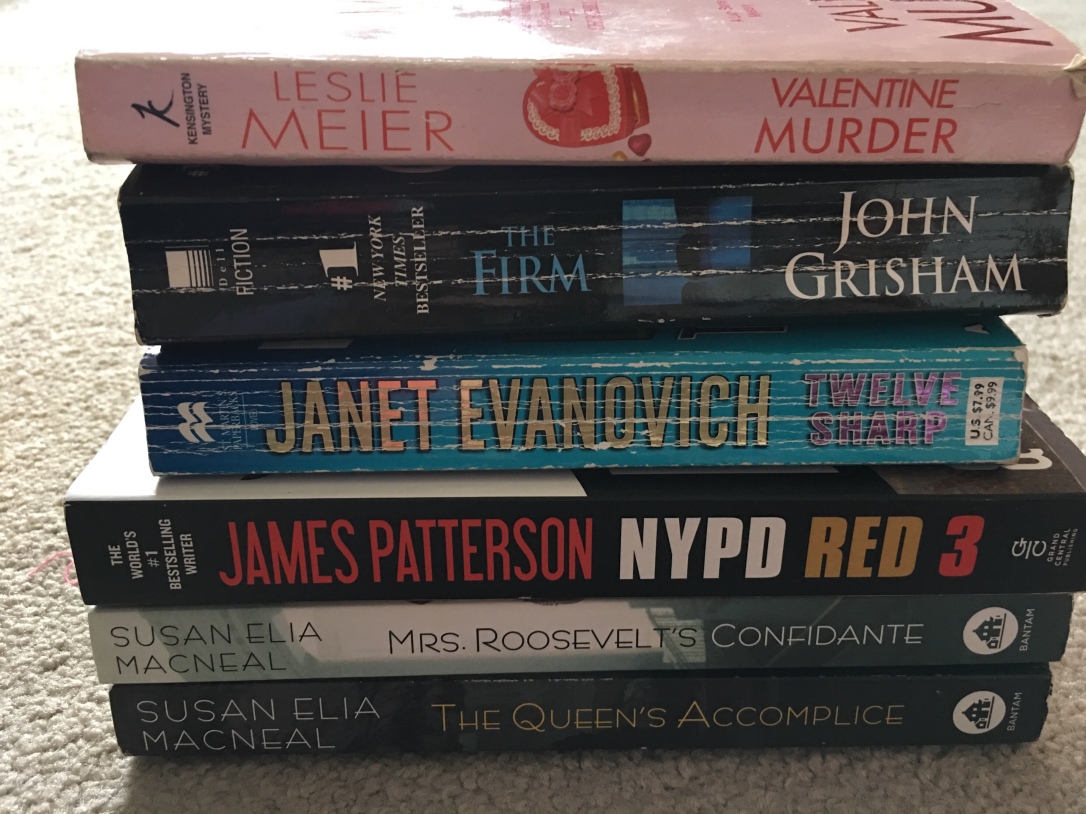 I’m sure I’ll make another stop back in there before they close (in mid-May) …. but there were already big gaps in their shelves that hadn’t been there a month or so ago 😦 And now I will have to drive at least 2 hours in order to get to a used book store. That’s a bummer … we do still have a Barnes & Noble locally, but there’s just something about used bookstores that I love.