I’ve definitely curbed my book acquisitions lately … my shelves are completely out of control. But sometimes you just can’t help yourself – that’s what I told myself as I made my way to the Goodwill to see what goodies they had on their shelves 🙂 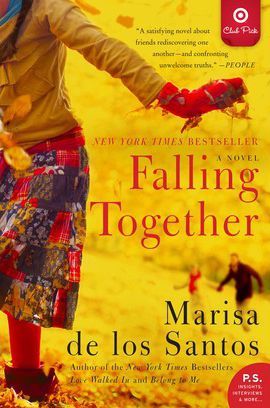 It’s been six years since Pen Calloway watched Cat and Will, her best friends from college, walk out of her life. Through the birth of her daughter, the death of her father, and the vicissitudes of single motherhood, she has never stopped missing them. When, after years of silence, Cat – the bewitching, charismatic center of their group – urgently requests that the three meet at their college reunion, Pen can’t refuse. But instead of a happy reconciliation, what aways is a collision of past and present that sends Pen and Will on a journey around the world, with Pen’s five-year-old daughter and Cat’s hostile husband in tow. And as Pen and Will struggle to uncover the truth about Cat, they find more than they bargained for: startling truths about who they were before and who they are now. 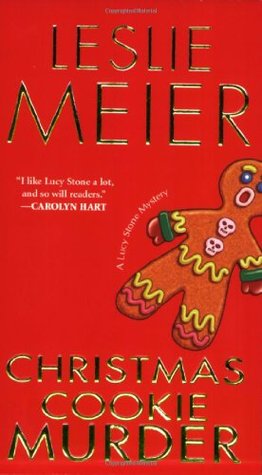 For Lucy Stone, the best thing about Christmas in Tinker’s Cove has always been the annual Cookie Exchange. But the usual generosity and goodwill is missing from this year’s event which turns out to be a complete disaster.

Petty rivalries and feuds that have long been simmering finally come to a boil, leaving a bad taste in the mouths of many guests, including Lee Cummings who accuses Tucker Whitney of stealing her recipe for low-fat, sugar-free cookies. But the icing on the cake is when Tucker is found strangled in her apartment on the following morning.

Who could’ve wanted Tucker dead badly enough to kill her? Despite all of the ingredients for danger, Lucy sets out on the trail of a murderer and soon uncovers a Christmas secret best left wrapped.

And then I also got my BOTM selection in this week:

Esther Anne Hicks – Essie – is the youngest child on Six for Hicks, a reality television phenomenon. She’s grown up in the spotlight, both idolized and despised for her family’s fire-and-brimstone brand of faith. When Essie’s mother, Celia, discovers that Essie is pregnant, she arranges an emergency meeting with the show’s producers: Should they sneak Essie out of the country for an abortion? Pass the child off as Celia’s? Or try to arrange a marriage – and a ratings-blockbuster wedding? Meanwhile, Essie seeks her salvation in Roarke Richards, a senior at her high school with a secret of his own to protect, and Liberty Bell, an infamously conservative reporter. As Essie attempts to win the faith of Roarke and Liberty, she has to ask herself the most difficult of questions: What was the reason her older sister left home? Who can she trust with the truth about her family? And how much is she willing to sacrifice to win her own freedom?

Written with blistering intelligence and a deep, stirring empathy, The Book of Essie brilliantly explores our darkest cultural obsessions: celebrity, class, bigotry, and the media.