A good week this week as far as new books. Two physical ones came in through Paperbackswap and 3 e-books for review (I’m really excited about these!) 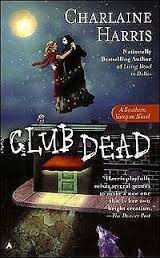 Liz Goldman, wife of San Francisco mayor Richard Goldman, wants former cop and recovering junky Mark Mallen to find her missing eighteen-year-old daughter. Meanwhile, Mallen’s blood brother Gato is searching for his sister, Lupe, a call girl. When Gato and Mallen’s search leads them to a pimp in hiding, Teddy Mac, they realize they have stumbled onto something big.

Digging into the seedy hiding places of San Francisco’s lowliest criminals, Mallen and Gato begin to suspect the worst as friends of the missing girls start showing up dead. Leaning hard on Teddy Mac’s family, Mallen and Gato stumble upon a videotape that shows some very bad things—things that could take down a powerful man and most of San Francisco with him.

Some friendships fizzle out. Rachel and Clara promised theirs would last forever.

They met in high school when Rachel was the shy, awkward new girl and Clara was the friend everyone wanted. Instantly, they fell under one another’s spell and nothing would be the same again. Now in their late twenties Rachel has the television career, the apartment and the boyfriend, while Clara’s life is spiraling further out of control. Yet despite everything, they remain inextricably bound. Then Rachel’s news editor assigns her to cover a police press conference, and she is shocked when she arrives to learn that the subject is Clara, reported missing. Is it abduction, suicide or something else altogether?

Imagine discovering something about your oldest friend that forces you to question everything you’ve shared together. The truth is always there.  But only if you choose to see it…

During a winter blizzard a small girl is found wandering half-naked at the edge of an ancient woodland. Her hands are covered in blood, but it is not her own. Unwilling or unable to speak, the only person she seems to trust is the young officer who rescued her, DS Lucy Black.

DS Black is baffled to find herself suddenly transferred from a high-profile case involving the kidnapping of a prominent businessman’s teenage daughter, to the newly formed Public Protection Unit. Meanwhile, she has her own problems—caring for her Alzheimer’s-stricken father; and avoiding conflict with her surly Assistant Chief Constable – who also happens to be her mother. As she struggles to identify the unclaimed child, Lucy begins to realize that this case and the kidnapping may be linked by events that occurred during the blackest days of the country’s recent history, events that also defined her own childhood.