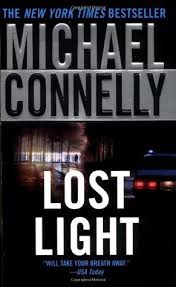 Blurb: The vision has haunted him for four years – a young woman lying crumpled in death, her hand outstretched in silent supplication. Harry Bosch was taken off the Angella Benton murder case when the production assistant’s death was linked with the violent theft of two million dollars from a movie set. Both files were never closed. Now retired from the L.A.P.D., Bosch is determined to find justice for Angella. Without a badge to open doors and strike fear into the guilty, he’s on his own. And even in the face of an opponent more powerful and ruthless than any he’s ever encountered, Bosch is not backing down.

Review: This is the 9th book in the Harry Bosch series. I really need to read these quicker than one a year. I distinctly remember how the 8th book ended, with Harry’s retirement from the LAPD. And I was eager to see where he went from there. So I was anxious to finally get around to this book to see how he was faring in retirement. I was not disappointed!

I enjoyed this book quite a bit. It had an interesting storyline and I found it to move pretty quickly. Bosch is so not tech savvy and it left me chuckling more than once – and it definitely reminded me of my father-in-law!! There was also a very interesting revelation at the end of the book that has me looking forward to the 10th installment!

I’m definitely looking forward to seeing what case Harry finds himself involved in next … as well as where his personal life goes from here. I hope I get to book #10 sooner rather than later!