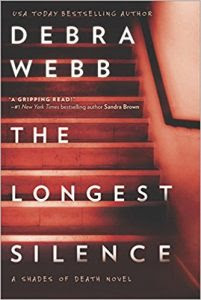 About The Longest Silence

Joanna Guthrie was free. She had been for eighteen years–or so she needed everyone to believe. What really happened during the longest fourteen days of her life, when she and two other women were held captive by the worst kind of serial killer, wasn’t something she could talk about. Not after what they had to do to survive.
But when more women go missing in an eerily similar manner, Jo knows her prolonged silence will only seal their fates. She’s finally ready to talk; she just needs someone to listen. FBI special agent Tony LeDoux can’t deny he finds Jo compelling–he’s just not sure he believes her story. But with the clock ticking, Jo will do anything to convince him, even if it means unearthing long-buried secrets that will land them squarely in the crosshairs of the killer…
“This psychological thriller is rife with tension that begins on page one and doesn’t let up. It’s a race against the clock that had me whispering to the pair of flawed, desperate protagonists, ‘Hurry,hurry.’ A gripping read.”  —New York Times bestselling author Sandra Brown

When I was pitched this book I was excited. That blurb just totally sucked me in and it sounded really great! This book is actually the fourth in a series, but don’t be afraid – it read perfectly well as a standalone. I’m still stunned that I had never heard of Debra Webb before this, I’m not sure how I’ve missed her!

Anyway, I really enjoyed this book. My chief “complaint” was that the formatting of the e-book on my phone was kind of wonky, so I sometimes had some trouble keeping track of who was talking. But that likely had nothing to do with the book and was due to me trying to use an iPhone instead of my Kindle.

I enjoyed the characters in this one. Knowing now that this is the fourth in the series, I’m curious to know more about Tony in the previous books. In the beginning of this one it’s painfully obvious that he’s hit rock bottom. As strange as it sounds, I would like to know how he got to that point. Enough was included so that I had a basic understanding of the situation, but there’s still something about taking that trip with the characters. I never fully trusted Jo’s character. There was no secret that she wasn’t telling the entire story, and honestly when the truth was finally revealed I was kind of surprised that she hadn’t just told Tony from the get-go. It wasn’t that terrible considering her situation … and to be honest, it wasn’t all that surprising either.

The plot itself was interesting and relevant. It didn’t feel like something I had read a million times over. That was refreshing. And it was interesting to follow the case with Jo and Tony until the ending. I did have some trouble keeping some of the bad guys straight, but in the end it all came together and made sense.

Overall I’m glad that I got the chance to read this book and find a new author. I’ll definitely be on the lookout for more from Ms. Webb! Definitely recommended! 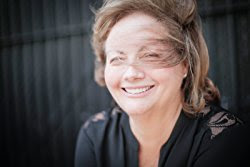 DEBRA WEBB is the award winning, USA Today bestselling author of more than 130 novels, including reader favorites the Faces of Evil, the Colby Agency, and the Shades of Death series. With more than four million books sold in numerous languages and countries, Debra’s love of storytelling goes back to her childhood on a farm in Alabama.

1 thought on “Review: The Longest Silence by Debra Webb”