March 13: Books That Surprised Me (in a good or bad way)

So I went back through my entire Goodreads read list (all 647 from the last 11 years!) I went through the list looking for books that were out of my comfort zone that ended up surprising me in a good way. Here’s what I came up with that fit the bill: 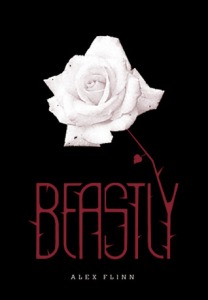 This was a Barnes & Noble Serial Reads selection. I think it was the second month I discovered it existed. I decided to give the book a shot and was pleasantly surprised by it. I don’t read a ton of YA and I had actually never read a retelling. But I ended up really enjoying this one! It’s definitely not a book I would have ever picked up on my own, so I’m glad that I took a chance on it!

Okay, so I drug my feet on ever giving this one a shot. Vampires? Not really my thing. But I had read a few other Charlaine Harris books that I enjoyed, and at the time everyone and their brother was talking about the HBO series (which I never did and still haven’t seen a single episode of…) I decided I’d give it a shot. And it actually surprised me! Since then I have read up to the 6th book in the series … and it’s been a while since I visited Sookie, I need to get back into her world!

Young Adult? Dystopian? Buzz book? I mean all of those things  individually are immediately off-putting to me. Putting them all together? I still can’t believe I even gave this one a shot! But for whatever reason, I loved it! I loved it so much I remember very specifically going straight to the bookstore and buying Insurgent and I read that one immediately after this one. I did end up finishing the trilogy, but I still think the first book was the best of the three. 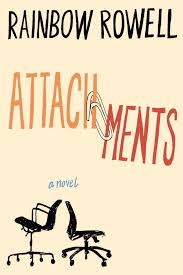 My memory of this one has ultimately failed me. 😦 But looking back over my review, I picked it up to fulfill a chit-lit requirement on a Goodreads challenge. And I apparently did not like the ending one bit. But I’m still surprised I rated this book as high as I did. I am no chick-lit convert, but I remember being engaged throughout the book. I haven’t read anything else by Ms. Rowell, I feel like I need to change that!

I read this book 7 years ago and I would still put it on my favorite book list. I picked it up on the recommendation of my grandmother. This is not the type of book she reads at all, so I figured if she loved it as much as she said she did then I would probably love it as well. And I did! If I was a re-reader, I would definitely re-read it. Unfortunately, I am not. However, I do continue to sing its praises. And I’m actually gifting a copy of this book to a friend who “doesn’t read” in the hopes that it will resonate with her in the same way it did for me. … Just don’t eat the chocolate pie 😀