Well, it’s been three years since I last participated in this … oops?! It even has a new home with Vicki at I’d Rather Be at the Beach …. 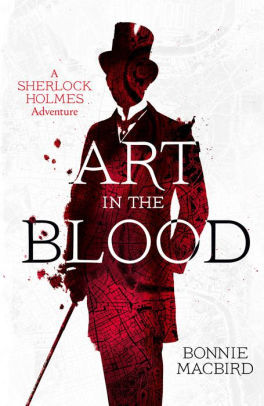 My dear friend Sherlock Holmes once said, ‘Art in the blood is liable to take the strangest forms.’ And so it was for him. In my numerous accounts of the adventures we shared, I have mentioned his violin playing, his acting – but his artistry went much deeper than that. I believe it was at the very root of his remarkable success as the world’s first consulting detective.

I have been loath to write in detail about Holmes’s artistic nature, lest it reveal a vulnerability in him that could place him in danger. It is well known that in exchange for visionary powers, artists often suffer with extreme sensitivity and violent changeability of temperament. A philosophical crisis, or simply the boredom of inactivity, could send Holmes spinning into a paralysed gloom from which I could not retrieve him.

It was in such a state that I discovered my friend in late November of 1888.