This week I got two books in the mail. The first was my Used Books Monthly subscription book and the second was from my postal book club!

Two years after the day that her son, Matthew, was kidnapped in broad daylight in Central Park, Alexandra Moreland is still torn between hope and despair. With no trace of Matthew ever discovered, she found it impossible to give him up for dead. But now, on what would have been Matthew’s fifth birthday, photos surface that seem to show Alexandra kidnapping her own child.

Then, as her bank accounts are suddenly drained, Alexandra begins to suspect that someone is trying to steal her identity.

Hounded by the press, under investigation by the police, attacked by both her angry ex-husband and a vindictive business rival, Alexandra sets out to discover who is behind this cruel hoax. Little does she realize that with every step she takes toward the truth, she is putting herself – and those she loves most – in mortal danger. 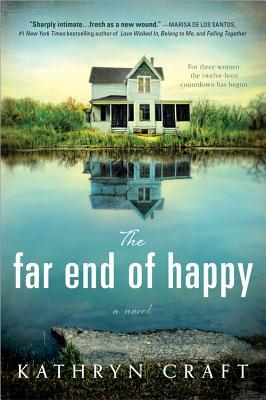 Ronnie’s husband is supposed to move out today. But when Jeff pulls into the driveway drunk, with a shotgun in the front seat, she realizes nothing about the day will go as planned.

The next few hours spiral down in a flash, unlike the slow disintegration of their marriage – and whatever part of that painful unraveling is Ronnie’s fault, not much else matters now but these moments. Her family’s lives depend on the choices she will make – but is what’s best for her best for everyone?

Based on a real event from the author’s life, The Far End of Happy is a chilling story of one troubled man, the family that loves him, and the suicide standoff that will change all of them forever.